Developed by PGA Champion Ted Purdy, The Purdy Grip Analyzer measures & corrects the effect of centrifugal force on the club face during your swing. 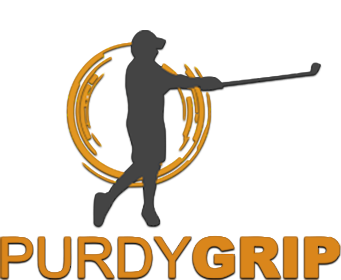 How to Set up your Purdy Grip Analyzer

How to Use your Purdy Grip Analyzer

My great friend, injured Phoenix Detective Jason Schechterle, told me he had quit golf. This is sad because it’s a miracle he can even play golf after being burned on over 70% of his body. 56 reconstructive surgeries have enabled him to hold the club, and his handicap has been as good as scratch since after the accident. Recently I offered him a free lesson and to get on the Purdy Grip Analyzer.

Jason’s grip was closing the clubface about 30 degrees. When the club shuts that much the golfer will hit big hooks and have a hard time getting the ball in the air. I told Jason that there isn’t a pro in the world that can teach you how to grip the club. He spent two minutes teaching himself how to make the reference needles register neutral on the Purdy Grip Analyzer. Jason mentioned how awful his new grip felt. His first shot with a six iron went 10 yards right of the target, but it flew high and didn’t have any curve on the ball. I told Jason that the uncomfortable new grip is correct. He could swing the club toward the target. His next 10 shots flew high and straight toward the target. Jason backed up and looked at his divots, “This is the first time since the accident that my divots go toward the target and the ball goes toward the target. Usually the divots go to the right and the ball goes to the left.”

The Purdy Grip Analyzer was able to fix Jason’s ball flight and plane without having to mention either.

Shown with the Optional Pelican Case

Praise for the Purdy Grip Analyzer

Pros and Amateurs alike will benefit from the Purdy Grip Analyzer!

I went to see Ted Purdy to get better at playing golf competitively. I am actually longer using the Purdy Grip, and just won my last two long drive events. My scores are coming down too!

Ted, The Purdy Grip is your gift to the game of golf that will be around a lot longer than you will!

Your product will help me tremendously and I would love to be the face of it! I instantly love golf again with a renewed sense I can hit the ball the way I want. You're going to make a difference for a lot of golfers around the world.

Keep up with Ted Purdy & the Grip Analyzer!